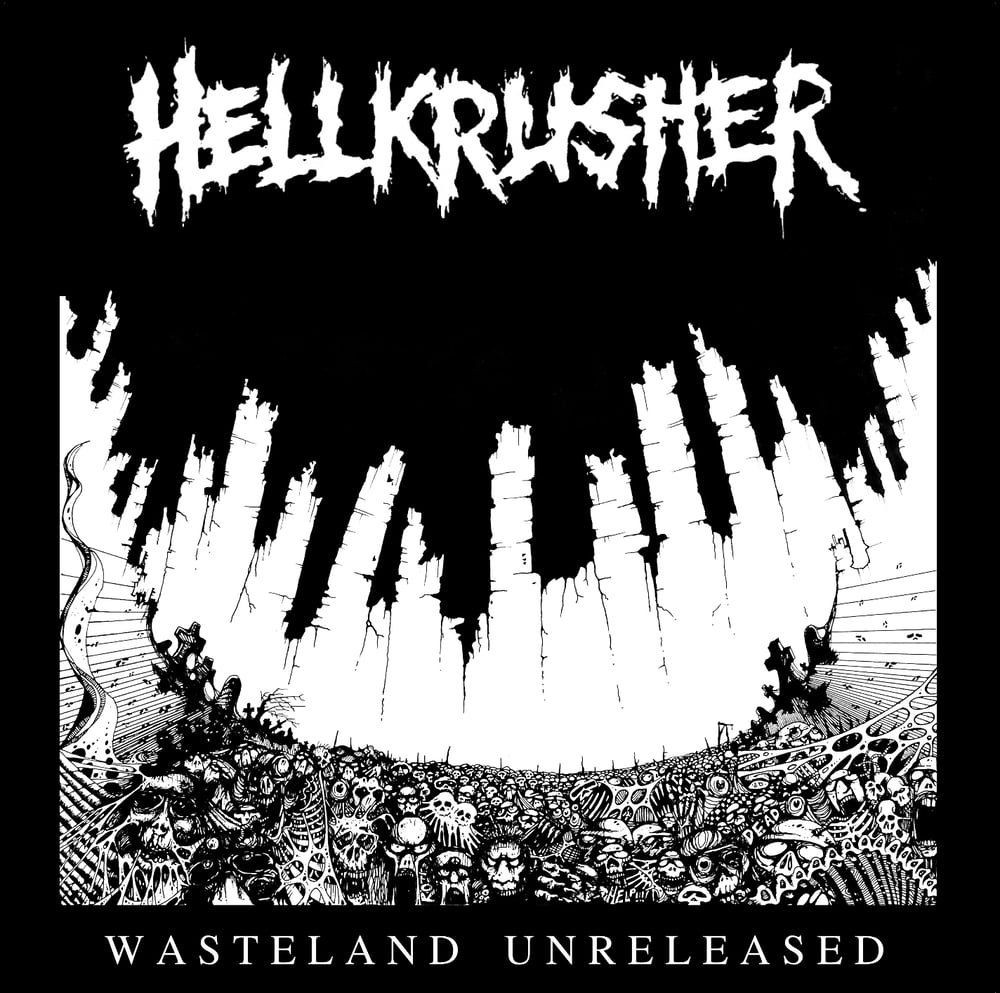 Not a lot of people know, but there are actually two recordings of Hellkrusher's Wasteland album. The first of which was scrapped for not being up to standard back in the day. The studio was shit and the guitarist was on the run from the police. The recording itself hasn't been heard outside the band apart from a few close friends and tape traders... until now!

Now fully remastered, including all original artwork and photos, much rawer, with a dirtier guitar sound as different versions of the songs that appear on the released version. This is 'Wasteland Unreleased'.

Includes 12-page booklet, with sticker and replica of their original press release promo flyer. That's not all, the CD version also comes complete with an exclusive: their first ever gig recording!